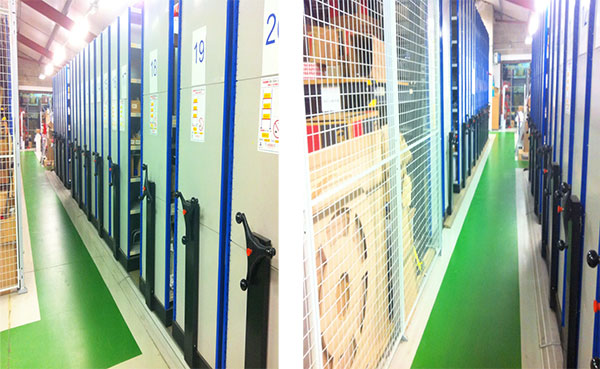 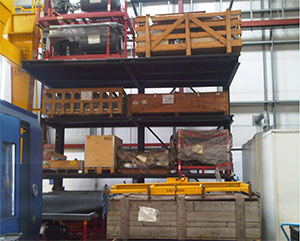 In 2004, Siemens Transportation Systems opened their new Heathrow Express Traincare Facility to cover the Rail Service from Europe`s Busiest Airport to the centre of London.

CSS were given the task to design a new Storage System to cope with small items from a pack of screws to Bulk Items: Pantographs & ACU`s which weigh up to 5000kgs. Coupled with this challenge, we had to squeeze the Storage Media into an old British Rail Train Shed with limited space.

We maximised the existing Storage Cube with Mobile Shelving to hold the Consumable products and smaller Bulk Items on Longspan Shelving.

We were pleased to be awarded another prestigious Contract for Siemens and in conjunction with the nominated Building Contractor we supplied Heavy Duty Cantilever Racking, Euro Shelving with Pick Bins, Mobile Shelving, Tool & Personnel Lockers, Workbenches & Cloakroom Equipment.

Heavy Duty Cantilever Racking has the flexibility to cope with Siemens large Bulk Stock which can be up to 4m in length as well as up to 5000kgs in load.

“Connect Storage Systems provided us with a pallet racking solution and mezzanine floors for our warehouse and the service was fantastic. Highly recommended!”