Works: The overall project caused NO disruption to Siemens Staff or their Fitters. 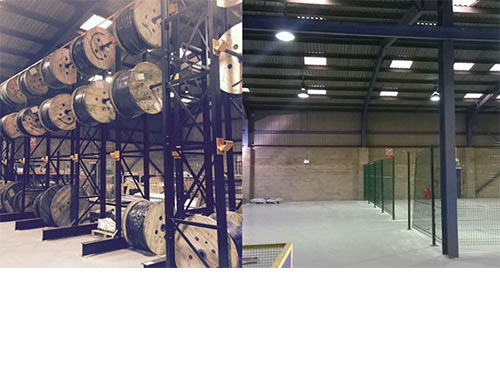 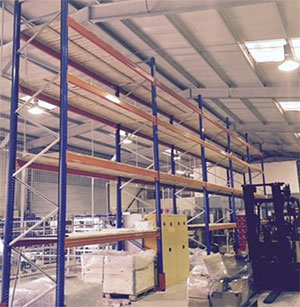 Siemens Rail Automation are working on a large Network Rail Signal upgrade programme throughout the country working from the North of the UK down through the country.

Siemens Rail Automation approached CSS to provide quotations on the complete fit out of a new Distribution Warehouse Nr Grimsby for which CSS were awarded the contract, deadlines were created, works scheduled and plans finalised.

The project was to involve the building and installation of some of their own Pallet Racking brought from another warehouse and the supply of new Matching Racking to be supplied and built, along with new Anti-Collapse Mesh to protect staff working in the small parts area.

A new Cable Drum Storage System was needed to carry up to 2500Kg Reels alongside smaller 900Kg Reels, CSS were able to provide Siemens Rail Automation with a new storage system that was modified to suit their own specific requirements

Shelving was installed, new barriers supplied and installed along with safety signage on all Shelving & Racking. The work was undertaken within their time scale and the layout and design has been praised not only for its ease of use but for the safety factors built in to give everyone clear access and safe walkways.

CSS are proud to have completed the works for Siemens Rail Automation and look forward to many more years of business together.

“Connect Storage Systems provided us with a pallet racking solution and mezzanine floors for our warehouse and the service was fantastic. Highly recommended!”